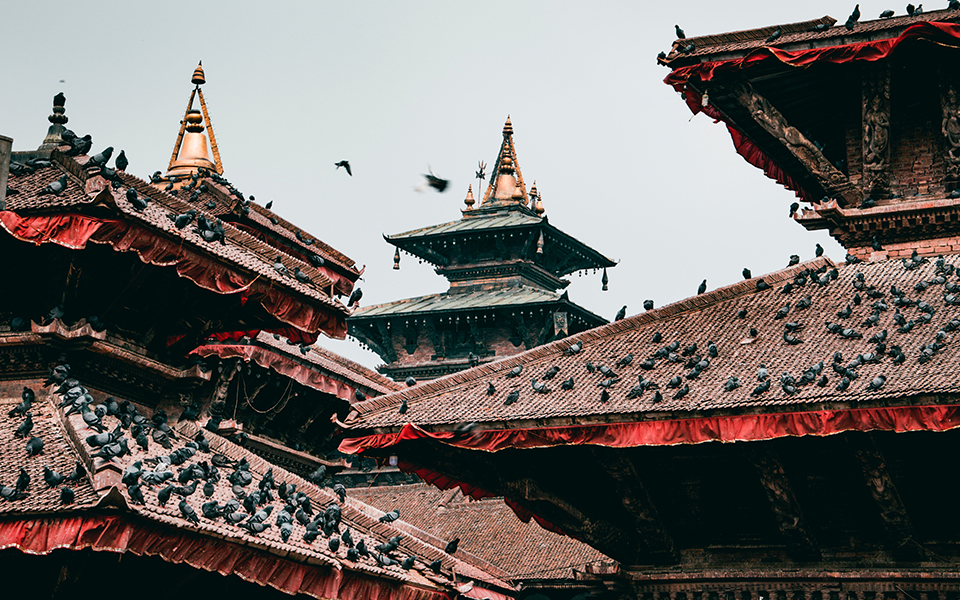 Nepal celebrates new year several times a year because of its multi diverse ethnicities. Prominent among them are Nepal Samvat of the Newas, Tamu Losar of the Gurungs, Ghyalpo Lhosar of the Sherpas, Sonam Losar of the Tamangs, Buddhist sect New Years, the universal Gregorian new year and the dominant and official Bikram Samvat which falls on April 14 this year.

There is a belief that a visit to a religious site, wearing fine clothes and eating their favorite meals will ensure that there is no shortage of food and clothes throughout the year.

Similarly in today’s date, Nepali New Years is equally celebrated around the major cities including Kathmandu and Pokhara. People tend to host gatherings amongst friends and families where they all enjoy food cooked at home, order in from their favorite restaurants or even go out for lunch or dinner plans. Roadhouse Cafe and its branches located in Jhamsikhel, Bhatbhateni, Boudha, Thamel, Durbarmarg and Pokhara have always been a go-to place to celebrate as it has been known city-wide for their signature woodfired pizzas and it’s widely loved ambinances.

Having been located in the heart of Thamel, on your visits you can evidently see the excitement of a New Year among the pedestrians, restaurants, hotels and shops as they are well decorated to welcome a New Year in hopes of a prosperity throughout the year.

Hotel Roadhouse, the boutique property inspired by the Newari Architecture being located in Thamel, you can enjoy the surroundings of New Year as you can experience first-hand on the excitement amongst the people of Nepal and how they celebrate as most young people enjoy their New Year’s Eve in Thamel where there is a wide range in options for enjoying dinners and parties.

The History Of New Years In Nepal

Bikram Samvat is a historical Hindu calendar that was started , it is believed, by King Vikramaditya of Ujjain, Madhya Pradesh, India in 57 BC. Young Vikramaditya is said to have stayed in Sakhu, east of Kathmandu, to serve the then King of Sankhu for many years before he returned to Ujjain. There are inscriptions in Vajrajogini Temple of Sankhu mentioning him. This is the link between Bikramaditya and Nepal. The main reason probably is because it is a Hindu calendar.

Rana Prime Minister Chandra Sumshere adopted the Bikram Samvat in BS 1958, 121 years ago in 1901 AD, replacing the Newa’s Nepal Samvat for, it is believed, practical reasons. However, the Nepal Samvat is still widely used as all festivals and auspicious activities take place under it and is still recognized as a national calendar. Bikram Samvat calendar is based on the movement of both the sun and the moon whereas the Nepal Samvat is a lunar calendar with 354 days in a year and an added one month every third year. The Gregorian calendar is based on the sun. All major printed and online Nepali calendars have all three dates for popular and practical reasons.

Though there is no relation between the Bisket Jatra and the Bikram Samvat , the festival is celebrated with great fanfare on the very first day of the Bikram Samvat by the Newa community in Tokha and Manamaiju north and northeast Kathmandu district and in Nagdesh,Bode, Thimi and Bhaktapur in Bhaktapur district.

The nine day Bisket Jatra of Bhaktapur is probably the most colorful, cheerfully noisy and enthusiastically celebrated festival in Nepal. In fact , sometimes emotions take over and the loud merry making suddenly turns violent with the communities of thaney (upper Bhaktapur) and koney (lower Bhaktapur) throwing stones and bricks at each other in drunken rage.

This festival was started by King Jagatjyoti Malla of Bhaktapur. Days before Baisakh 1, wooden chariots for god Bhairav and goddess Bhadrakali are readied and their respective idols installed and the chariots pulled through the narrow streets of Bhaktapur with cheering crowds of people before stopping for a tug-of-war between the people of upper and lower Bhaktapur in Taumadhi Square. The chariot of Bhairav is pulled by the people of eastern (Thaney) and western (Koney) Bhaktapur from both sides of the chariot. Whoever wins can take the chariot to the area first for the homage rituals. The losers wait for their turn. It is during this tug-of-war that the emotions take over.

After both sides finish the homage rituals, the chariot is taken to the Gahiti (stone spout) where it is kept for 2 days and again pulled down towards Lyasinkhel on the eve of the New Year. A 25 meter high wooden pole is erected in the yosin khel. It is then pulled down on New Year eve. Then the return journey of the chariot begins with it being pulled towards the Gahiti . On the way back the chariot is once again on both sides before the idol is returned to its place in the Nyatapol Temple.

Sindoor Jatra in Nagdesh and Thimi. Tongue Piercing Ceremony in Bode Biska Jatra is also joyfully celebrated in Thimi, Nagadesh and Bode of Madhyapur Thimi. People in Thimi and Nagadesh celebrate Bisket by carrying the deities of their neighborhood and greeting everyone by smearing or throwing orange vermilion powder and playing the dhimay. In Bode people get to witness the tongue piercing ceremony of Juju Bhai Shrestha who spends the whole day going around this town with his pierced tongue carrying a spiked iron headgear. This year it will be Juju’s 11th time to do this difficult ceremony.

There is traditional feasting, drinking the milky rice brew and the more potent ayela. Bisket Jatra is a feast for the eyes, ears and your stomach, if ever you get invited.